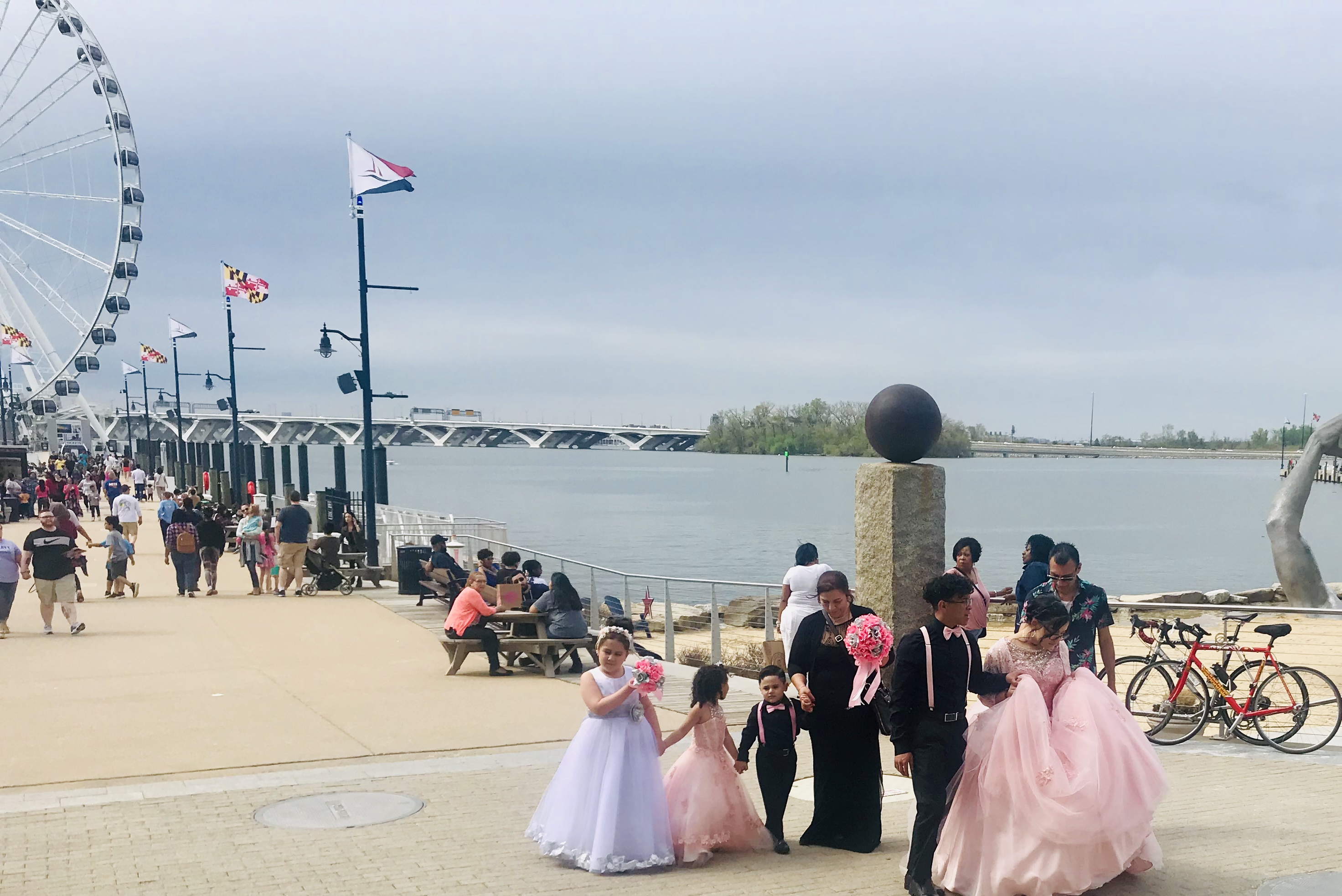 Round and around The Ferris Wheel goes. Carrying in each individual pod the collective Dreams of many. Gyrating to the programmed speed, in a predictable clockwise momentum. Revolving on its axis, like the Earth around the Sun, like the Bees performing their Waggle Dance. Moving, because that’s what Life does. It moves. But unlike the predictability of the Ferris Wheel’s speed, the Earth’s rotation and the Bee’s Waggle Dance, the Dreams of the pod passengers are unpredictable? The Dreams are all different, true. The patterns, routes, experiences, individual situations and interpretations of life are all different. But, the roots of the Dream isn’t very different.

A Quinceañera with her Chambelan in tow, flower girl, young siblings and parents stroll by. Walking towards the Ferris Wheel. Each having their individual dream, their own reason for being there and their own expectations for how the day is to turn out. A fluffy pink dress decorates her young, tender body. Her parents, proudly pose for pictures. Her chambelan, oblivious, distracted, half forcing a smile at the photographers count down.

Traditionally a Quinceañera is a girl’s coming of age, an age that signifies she’s ready to dance publicly. She’s ready to wear heels and makeup. And in rural societies, The Quinceañera is ready for marriage! But at 15 what does she know about Dreaming? What does she know about relationships, furthermore marriage? What expectations are the parents inadvertently setting? What Dreams are being passed on under the pretense of a lavish party? A party, many immigrant families cannot afford to have in the first place – but that’s a story for another time.

The Mom’s Dream is to provide her young daughter a party the she herself never had. The opportunity for her to live vicariously a night where she is the center of attention, queen of the night, a fantasy far removed from the daily grind of motherhood and her minimum wage seamstress job. The opportunity to see herself in her daughter, wearing a jaw dropping, glittery fluff that adorns a svelte figure, not yet destroyed by the wear and tear of life itself.

The Dream of Dad is to provide a lavish party others envy, and one that he clearly can’t afford as evidenced by the long list of Padrinos printed on the invitation. But that doesn’t matter. This is a party where dad can feel all important in providing the best meal, music and entertainment the family and neighbors have ever seen, making him look and feel better than he has since the last time he had a six pack after a long week of hard laborious work. And that feeling is sporadic, as he struggles to maintain regular employment.

The girl in the pink dress is simply going through the motions. Doing what is expected of her, what she’s supposed to be doing. This is her coming of age party, so she smiles to the camera. She performs the traditional Waggle (Waltz) Dance and she performs the entire evening. She continues to perform for days, years after the music has stopped. She performs because no one is listening. Everyone, even those who are supposed to love her the most are themselves performing. Living their own Dream. Or worse, living their own nightmare.